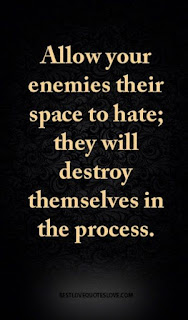 Not long ago I experienced how it feels when someone is hating you when they are jealous of you and want to destroy you by planning things against you. Personally, I do not like fights, maybe in high school, I used to defend myself very loudly, although situations were different and way less serious, now I am completely sure that there is another way of dealing with people who want to harm you.

In my case, there was a girl from my job that at the beginning was nice to me. But after our boss started to praise me in front of everyone for my work, the change started, her jealousy rose, she started making up bad things about me and started telling those things to everyone, she played the victim, then she went even further and start calling people that are my good friends, she lied at work and set up situations to harm me. I suffered a lot, as all I wanted is to do my work in a proper way, thinking we can be good teammates. She wanted me to look bad in front of everyone like I am an un-moral bitch and the worst person on the earth. I was calm, I never said one bad thing to her. She ended up showing her own face.

What other people say and do tells a lot about them, how you react talks about you.

Firstly, DON’T FIGHT WITH THEM, do not wish them the same, do not attack them. There is a saying: “Be kind to unkind people they need it the most.” Sooner or later they will realize, that you are not reacting at all and will stop planning evil things to harm you. I like to pray for them, as they are very misfortunate if their life is consisting of evil plans towards others, then poor them, they do not have their own life. So you should feel sorry for them. Do not hate as hate is poison for the soul.

Another saying that I like is: “Allow your enemies their space to hate, they will destroy themselves in the process”. As that girl ruined her own reputation by trying to ruin mine. People realized what kind of person she is. They were disgusted by her behavior. And I did not have to do anything…

Know your worth, respect all people, try to detach yourself from the mean ones. Do not explain, do not rush, do not talk bad things about them, do not hurt anyone just because they hurt you.

Take care of your own well-being. Your peace of mind. Be kind. Trust me, you will always be rewarded by the universe.

The answer to the question, how to defeat your enemies is DEFEAT THEM BY LOVE. Love has always been the most powerful weapon. Show how great you are. 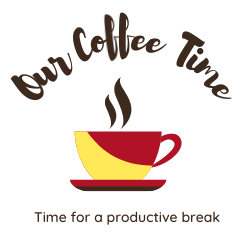